Boiler Water Treatment is the key to ensuring you have a reliable and consistently available utility, whether you are generating steam or delivering hot water for process or comfort. It truly gives you peace of mind.

What is Boiler Water Treatment?

Boiler water treatment can be defined as two things. It’s an industrial water treatment where substances are taken out of a boiler system to prevent short/long term damage. It is also the process of using chemicals to modify the potentially harmful substances within boilers. Both with the primary purpose of improving water quality.

As negatively as poor water treatment can affect a business operationally (decreases in productivity having a financial effect) it can also cause hazardous situations. If steam boiler water is neglected, components can build with high pressure and burst.

If employees (or even members of the public) happen to be nearby to the steam boilers at the time, blistering steam can be unexpectedly thrust in their direction, potentially causing lasting long term physical damage.

Hydro-X supports this with advanced monitoring and control solutions to complement our unique chemistry and filtration to minimise deposition or corrosion.

We provide this through locally based and trained water treatment experts who proactively assess system performance and, through the delivery of same-day service reports, minimise any surprises.

Well maintained and serviced systems (with safe alkalinity levels) deliver the most efficient, and therefore cost-effective, utility that meets the demand of a changing environment.

What are Alkalinity Levels?

With boiler treatments, alkalinity levels are crucial. And many members of staff may know what a ‘healthy’ level is, without knowing the definition.

Alkanility levels can be described as the efficiency of water in its ability to withstand pH changes that would increase its acidity. An alkalinity builder can be used to bring the pH level in line with its target number.

Possibly one of the most vital elements of a boilers cycle is boiler feedwater. In a closed system cycle, it transfers from heat to steam before being disposed of in a primary condenser. Dissolved gases are separated before they can cause damage to the system.

These are usually carbon dioxide and oxygen and if left untreated they could cause minor or severe corrosion of the pipes. Combating excessive conductivity in the pipes is something that can be a major challenge for companies, but Hydro X are here to help (with the use of boiler water treatment chemicals and a testing kit).

Why is Boiler Water Treatment required?

There are several reasons to treat your boiler and it’s boiler water and a number of variables. High pressure boilers and Low pressure boilers require different levels of treatment, for example.

Water impurities such as dissolved oxygen can badly affect the steel. Along with dissolved solids, it can accumulate over time and cause corrosion/scaling (which gradually gets worse and worse).

Effective water treatment reduces the build-up of suspended solids, and also prevents foaming. This keeps the functionality of the water system running smoothly, and keeping rising operational costs at bay.

Talk to us today about your water treatment requirements

Also known in the industry as oxygen absorbers, oxygen scavengers are hugely beneficial for a commercial business. Usually recognised for removing oxygen within product packaging, they can also be used to remove oxygen in large amounts of fluid.

Water quality is therefore improved and with the many different oxygen scavengers available, they cater to every need. The scientific process that is activated when they’re used involves oxygen joining with reactive compounds to separate itself.

Boiler feed water can be refined with the use of a water softener. Scale deposits are greatly reduced (and normally non-existent) when softeners are implemented in your closed system.

And this aspect of boiler water treatment can be applied to a large variety of different infrastructures and types of premises. From cooling towers to steam boilers and from hotels to manufacturers (just as a few examples).

The efficiency of a boiler can badly suffer if scale formation or scale corrosion occurs within the water system. Treatment is essential to stop this from happening, and the old adage applies here of prevention is better than the cure.

Maintenance becomes a larger task and for domestic or commercial buildings, the operational side of things will be negatively impacted, resulting in rising costs and lower profitability.

The main variable that can be correlated with scale formation is the water’s hardness. This is formed by the process of evaporation (which is normally revered as a positive change), in this case when the concentration of impurities intensifies creating an insoluble scale.

Hot spots can be spontaneously formed within the boiler if this happens, and the usually productive process of a heat transfer can be hindered. Scale can produce (or contain) the following:

Or it can of course, contain a combination of all 3, and this is by far the usual case (evidenced by the testing of samples).

What does Boiler Water Treatment reduce the risk of?

Boiler water treatment reduces the risk of overheating, which can lead to temporary of permanent damage within the system. Softening the water inside BEFORE it is activated or switched on is the key. It gives scale less of a chance to form. Even with this treatment a chemical inhibitor may be necessary to prevent further production loss.

Carbonic acid is a form of weak acid, meaning its PH levels do not differ much from a neutral level in comparison to other acids (the ‘in comparison’ part is vital as this isn’t saying it would be completely unharmful).

Without this acid, transportation of carbon dioxide (in blood) around the body wouldn’t be anywhere near as effective. Not only that, CA also has qualities in the geographical world, specifically geology. Limestone is no match for the acid and it dissolves ferociously when it is introduced. Regularly found in caves, the outcome of this dissolution is the formation of calcium bicarbonate.

Another common question in the industry is (apart from which boiler water treatment chemicals should you use?) – what exactly is a Condensate Line?

There’s one thing for sure, it’s an extremely vital component in any heating, ventilation or air conditioning system. Without being too obvious, it is a line within a unit where humidity has gathered (condensation) and is fundamentally a ‘drain line’.

We work in a variety of industries 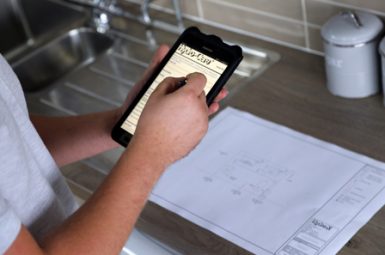 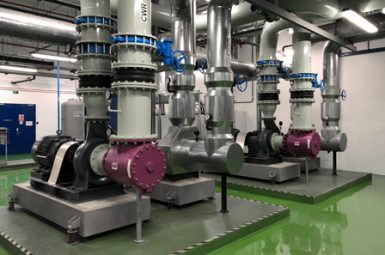